Research Interests: Amina’s research in social and cognitive psychology contributed to best practice in forensic interviews of vulnerable witnesses. Her studies have included children, individuals with autism, seniors, police officers and judges.Current projects include assessing credibility and reliability of witness testimony, cognitive/social biases on decision making and characteristics of memory reports of victims of single and repeated childhood trauma. In 2017, she received the Economic and Social Research Council Outstanding Impact on Public Policy Prize.

Contribution to CSEL: Amina is co-director of the Centre. Her research on information gathering in legal contexts and contextual influences (including emotion) on judgement of accuracy, truthfulness and credibility led her to forge this new interdisciplinary focus. She is currently funded by Unbound Philanthropy to disseminate research on psychological issues pertinent to children and adults seeking international protection.

Research Interests: Jill is a Human Rights lawyer. Her work focuses on the relationship between law and living well, human flourishing, what it means to be free, with a focus on women’s human rights. This includes analysis of conceptions of privacy, freedom, care, belonging and recognition and how they relate to the purpose of law, including human rights and anti-discrimination law purporting to protect aspects of our personal freedom, dignity and identities. She carries out human rights consultancy work. Current projects include analysing secrecy and confidentiality in pregnancy and childbirth, ‘baby boxes’, ‘children born of conflict’, freedom of religion, expression and identity especially through dress. She has written widely on these topics and is the author of three books including Human Rights Law and Personal Identity (Routledge 2014). She is Royal Holloway’s human rights research cluster lead for Global Challenges Research Fund work.

Contribution to CSEL: Jill is co-director of the Centre. Her research on the underlying purpose of law and its connection, or disconnection, to our everyday lives led her to seek out inter-disciplinary collaborations to investigate issues from many expert perspectives and to foster debate to advance knowledge and understanding.

Research Interests: Jane’s particular interest is in the contribution that psychological knowledge and empirical research can make to the establishment of fair and humane processes for those fleeing persecution and seeking justice.  A process that relies so heavily on credibility assessment, which in turn relies on the presentation of a narrative, must entail an understanding of memory, traumatic memory, disclosure, intercultural communication and the effects of mental health on all of these processes as well as on the decision makers themselves.

Contribution to CSEL:  Jane was the co-founder and executive director of the Centre for the Study of Emotion & Law in the charitable sector (2005-2017), prior to its adoption into RHUL.  She has published in the scientific and law literature and presented widely to clinicians, lawyers, judges and state decision-makers, examining and interrogating the contribution that psychological science can make to fair and just refugee status decision-making.  Jane continues to promote and develop research examining the role of psychological processes in refugee status determination.

Research Interests: Zoe’s research focuses on issues relating to young people seeking protection from persecution or danger. This research has included credibility indicators used in assessment of asylum claims such as limitation of autobiographical memory, developmental considerations, trauma and depression and cultural differences. Zoe has also investigated decision-making and interview practices and how these influence the detail and quality of information provided by interviewees.

Contribution to CSEL: Zoe is a researcher for the Centre. She is currently funded by Unbound Philanthropy to disseminate research on psychological issues pertinent to children and adults seeking international protection. Zoe has contributed to UNHCR guidance on credibility assessment in young people, UK Home Office training for asylum case workers and European Asylum Support Office training as well as working along side 3rd sector organisations in the field of asylum.

Research Interests: Ben’s research on strategic narrative and political communication helps to explain how persuasion works in the global media ecology. His studies of digital engagement in elections, conflict, and diplomacy have led to regular involvement with policymakers and journalists. He was Specialist Advisor to the UK Parliament’s Select Committee on Soft Power, producing the report Power and Persuasion in the Modern World. In 2016 Ben and his co-authors won the Walter Lippmann Award for Political Communication at the American Political Science Association (APSA). In 2019 he is Thinker in Residence on ‘Disinformation and Democracy’ at the Belgian Royal Academy.

Contribution to CSEL: Ben’s research on narrative and persuasion draws heavily on theories of affect and emotion. His research for the British Council and Goethe Institute on the role of art and culture in conflict is just one example of how he uses analysis of communication to allow groups and individuals to open up and explore political tensions.

Research Interests: Gary’s research concerns measurement in clinical psychology, with a focus on cognitive behavioural therapy (CBT) and especially the central challenge of translating findings from the research literature to the idiosyncratic needs of those seeking services in applied contexts such as psychotherapy, which depends critically on valid and precise measurement and parallel understandings of phenomena at the population and individual levels. Another central focus is on improving the extent to which self-report measures can be relied upon. Gary has been involved in the development of a number of the key measures used in the CBT field.

Contribution to CSEL: Gary hopes to find avenues to collaborate related to his interests in clinical formulation and the use of imagery in trauma. He can provide links to the Doctorate in Clinical Psychology and clinical psychology trainees interested in Centre projects, as well as wider links to relevant collaborators in the health service and the third sector.

Senior Lecturer in the Department of Social Work, Royal Holloway 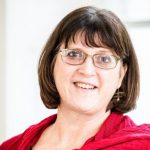 Research Interests: Louise’s recently completed PhD research was an ethnographic study of social work practice exploring how practitioners’ emotions were constructed in English Local Authority Children and Families Referral and Assessment Services. Drawing on sociological and psychosocial theories and ethnographic principles and a variety of qualitative methods, practitioners’ emotions were perceived as both problematic and the keystone of practice.

Contribution to CSEL: Louise’s work contributes to new knowledge on how emotions are constructed paradoxically in professional practice and the ways in which emotion practices are influenced by the social locations and ambivalent positions of practitioners as policy actors in organisational environments framed by new public management. 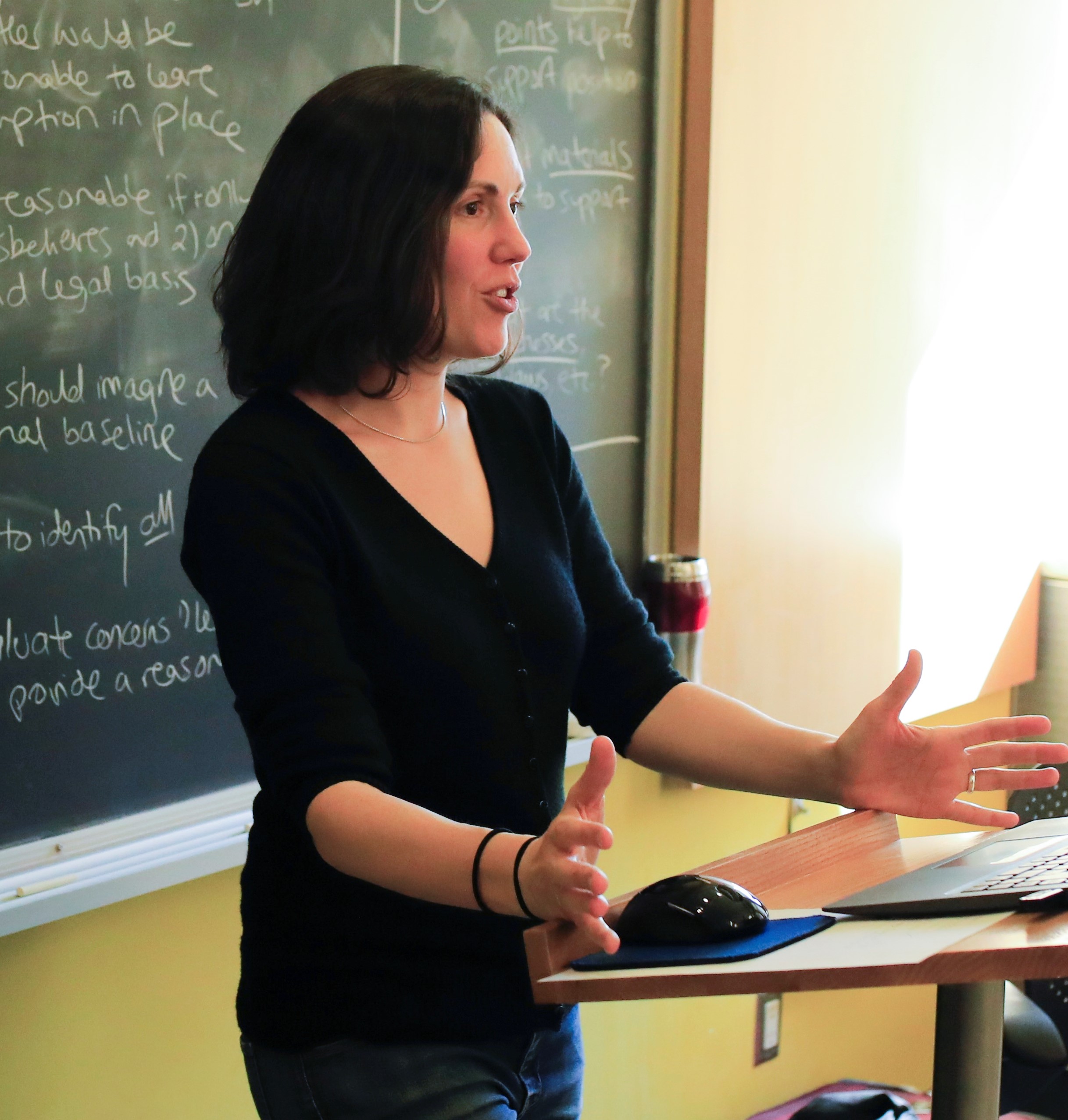 Research interests: A former litigator, Hilary Evans Cameron represented refugee claimants for a decade and now holds a doctorate in refugee law from the University of Toronto. Her research explores fact-finding in refugee status decision-making with a focus on credibility assessment. Her recent book investigates the law that governs these kinds of judgments in Canada and internationally (Refugee Law’s Fact-finding Crisis: Truth, Risk, and the Wrong Mistake, Cambridge 2018). Her interdisciplinary research also looks to the social sciences – principally psychology, but also sociology, anthropology, economics, and political science – to evaluate the assumptions that guide refugee status decision-makers.

Contributions to CSEL: Hilary is working together with colleagues at the CSEL to bring social scientific insights to bear on refugee status decision-making. She also looks forward to future such collaborations.

Senior Scholar in Criminology and the Sociology of Law, University of Oslo, Norway and Executive Director of the LEX Research Network 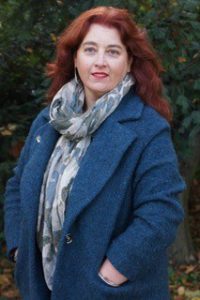 Research interests: Sharron’s research interests and expertise lie at the intersection of mobility, gender, sexuality and law. She has conducted large and small scale empirical and theoretical research in the areas of human trafficking for the purposes of sexual exploitation, sex work, sexual politics, gender equality law and policy and migration from the Global South to the European Union. Sharron is an experienced social scientist and has expertise in qualitative research methods and fieldwork, including psychosocial approaches to researching ‘vulnerable’ and ‘difficult to reach’ groups.

She has written widely on these issues and is the author of four books including Sexual Politics in Contemporary Europe (Palgrave MacMillan 2022). Sharron is the Founder and Executive Director of LEX an international Research Hub focused on research at the intersection of law, gender and sexuality. Current projects include Medical, Legal and Lay Understandings of Physical Evidence in Rape Cases (Evidently Rape) with May-Len Skilbrei.

Contributions to CSEL: Sharron will participate in collaborative and transdisciplinary research with other centre members. These collaborations will include the development of research links that advance the Centre’s profile and interests internationally. She will contribute her expertise and empirically and theoretically grounded knowledge to support CSEL 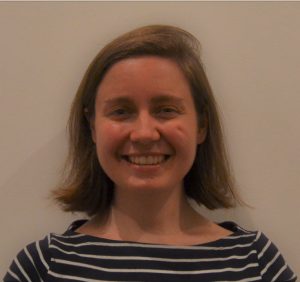 Louisa Morrison is a clinical psychologist with a special interest in child mental health and in particular child trauma, as well as the impact of working with traumatised individuals on the people working with them. She currently works in a service supporting foster carers and the children in their care.

Having completed her doctoral thesis with CSEL on the impact of interpreting emotional information on interpreters, Louisa is keen to remain connected with the CSEL community, to maintain her link to research work. She is hoping over time to continue disseminating the findings of her doctoral research with CSEL. Additionally, CSEL’s research on the interface between psychology and law is integral to many aspects of her clinical work with traumatised young people.