CANCELLED. DUE TO BE RESCHEDULED IN AUTUMN 2020. 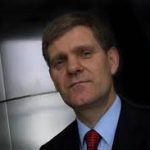 CSEL are delighted to announce that Professor Gísli Gudjónsson will be our special guest at our 2020 Annual Lecture. Gísli will be delivering a lecture titled “The battle for justice in cases of false confession: an international perspective”. More information can be found here.

We hope many of you will join us for this special event. 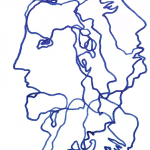 CSEL PhD student member, Polly Hember is co-organising this exciting event. Figuring out Feeling is an international, interdisciplinary conference exploring the place of emotion in the arts and literature of the anglophone world (19th-21st c.), as well as in our own practices of creation, teaching and research — with an emphasis on the ambivalent, elusive, troublesome aspects of feeling.

Our full call for papers is available here (the deadline is 31st January). Please email figuringoutfeeling@gmail.com with any questions or thoughts. The project can also be followed on twitter @figuringfeeling. 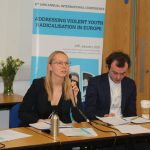 CSEL Student member, Heidi Maiberg spoke on the youth panel at the IARS International Institutes Annual Conference on 29 January 2020. Her talk focused on the role of religion in the process of deradicalisation and/or disengagement, based on research carried out for her MA thesis. Heidi interviewed 21 specialists from seven different countries (Finland, Sweden, the UK, Germany, Netherlands, Austria and Estonia) and found that in the majority of cases religion and/or ideology is not among main factors why people engage and/or radicalize. Whilst there were exceptions Heidi’s research found that overall religion and/or ideology is often secondary in the process of radicalisation and/or engagement.

The IARS International Institute is an organisation that conducts independent action-research using methods which are user-led and peer-reviewed to empower young people, with special emphasis on those with fewer opportunities and from disadvantaged backgrounds. 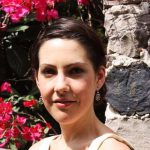 Zoe’s talk was titled ‘Taking care: Vicarious Trauma and burnout from working in law’ and took place at the event in Limerick on 22-24 November 2019. 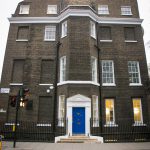 CSEL and the Rights and Freedoms Research Cluster from Royal Holloway’s Deptartment of Law and Criminology held it’s first afternoon of PhD “speed-networking” on 21 November 2019. PhD students were be able to discuss how their research impacts human relationships in wider society as well as their own relationships with their research. 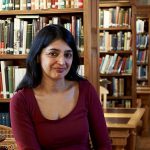 Titled ‘Interviewing witnesses of crime: State of the science and future directions’, Professor Memon’s lecture will focus on police witness interview techniques. The lecture will take place on 31 October 2019.

More information about the event can be found here.

CSEL’s co-director, Professor Jill Marshall spoke at the book launch of Feminist Judgments in International Law (Hart 2019) at the London School of Economics on 19 September 2019, having co-rewrote a European Court of Human Rights judgment on Islamic headscarf bans. More information about the book can be found here.

CSEL member, Jennifer Storey was interviewed on BBC Surrey radio on 16 September. The interview was about a rise in domestic homicides in the UK over the last 5 years and Jennifer took part in a discussion about the ways that research could offer solutions. The interview can be listened to here.

CSEL’s co-director, Professor Jill Marshall presented her work on baby boxes and secret births with Anna Davies, a PhD Student at Royal Holloway, at the Society of Legal Scholars Annual conference in September 2019. More information about the annual conferences can be found here.

BAFTA award-winning director Victoria Mapplebeck’s , The Waiting Room:VR  was recently in competition at The 76th Venice International Film Festival. When Victoria returned from Venice she was interviewed by BBC Click who included both the film and the VR project in their feature.  The Waiting Room VR is written and directed by Victoria and documents her breast cancer diagnosis  from a patient’s point of view, exploring what we can and what we can’t control when our bodies fail us.

The lynchpin of this VR piece is a 9-min durational 360 take, a reconstruction of Victoria’s last session of radiotherapy, which marked the end of nine months of breast cancer treatment. This experience is counter balanced by a CGI journey inside Victoria’s body. Working with 3D artists, Victoria has bought to life the medical imaging she’s collected through out treatment. Cancer cells, CT scans, mammograms and ultrasound provide a 3D portrait of her body from the inside, out.

“We have made cancer our enemy,” says Victoria, “a dark force to be fought by a relentlessly upbeat attitude.  The Waiting Room is part of a body of critical works which explore the ways in which cancer disrupts and shapes our identity. I’m aiming to challenge the objectification of the medical gaze and remind the audience of the person behind the diagnosis. It was amazing to watch The Waiting Room :VR play in the VR cinema at The Venice Film Festival  and to receive such amazing audience feedback and media coverage”. The Waiting Room film and VR project are now part of an outreach strategy which will see the  film and VR project tour  galleries , cancer centres and hospitals in 2019/20.

CSEL’s co-director, Professor Jill Marshall, convened and presented at an international workshop on Human Rights and Personal Identity at the IVR World Congress of legal and social philosophy in July 2019. More information and pictures from the event can be found here.

Law, Justice and Emotion in the Aftermath of Genocide

April 2019 marked 25 years since the 1994 genocide against the Tutsi in Rwanda. This remembrance period began on 7th April with a national week of mourning and lasted for a hundred days. Rwandans call this time Kwibuka, which means “remember” in Kinyarwanda. The commemoration period offers Rwandans a chance to remember their dead, reflect on the past and focus on building a united country. During this period, people across the world also reflect on the lessons that can be learned from Rwanda, the responsibilities of the international community and the ongoing need for vigilance in a world negotiating increasingly polarised positions, intolerance and genocide denial.

On 30th April 2019, CSEL hosted a panel discussion of special guest speakers including the Ishami Foundation
and academics, who linked together storytelling, international politics/law, Rwanda and memory, trauma. A Q and A session was also held, followed by an opportunity for further discussion over informal drinks.

This event took place at our Central London Campus on the afternoon of 30th of April at 11 Bedford Square.
Events Programme

Centre for the Study of Emotion and Law Launch & Conference

The official opening of the Centre for the Study of Emotion and Law took place at our Central London Campus on the evening of 22nd of March. This reception evening included exhibitions from our CSEL members. More information can be found here- reception information.

Our opening reception was then followed by a one day conference with workshops on the 23rd of March. This include keynote lectures from Amanda Weston, QC Garden Court
Chambers and Professor Adam Brown, New School for Social Research, New York, as well as several workshops. More information on the days events can be found here- conference information.

These events took place at our Central London Campus at 11 Bedford Square.