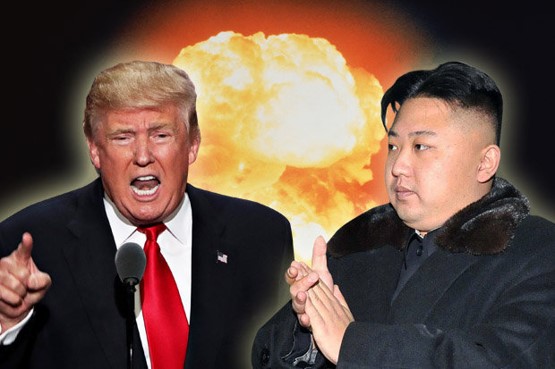 In the first SPIN discussion, we explored the possible escalation of conflict between the U.S and North Korea; and the on-going threats of nuclear destruction perpetuated between their leaders. Several potential reasons for this conflict were posited.

Firstly, the discussion centred on the personality and leadership styles of Donald Trump and Kim Jung Un. It was believed that the similar nature of their characters might cause conflict and the difficulty to back down from the looming threat of violence. Both leaders like to be viewed as in control and authoritative. Therefore, it was argued that both might struggle to ‘back down’ from the threat of violence in concern that they would be viewed as ‘weak’. Moreover, these leadership styles may also causes issues of ‘groupthink’ whereby the rising tensions between the two nations may be the result of bad decision-making. That is, there may be self-censorship of opinions close to these leaders, as well as mind guarding them from external opinions that challenge their view.

Second, it was argued that cultural differences between U.S and North Korea might heighten tensions between the two countries as the authoritarian regime of North Korea might be threatening to the democratic values of the US (and vice versa). Moreover, the historical conflicts between the U.S and other authoritarian/anti-democratic regimes may particularly heighten tension between the two nations. North Korea may perceive the fall of these other regimes as a possibility of their future if they back down or bend to the will of the U.S. The discussion also acknowledged that whilst both sides might actually choose to engage in violence, that the current potential threat violence may be a tactic to maintain the status-quo that suits both sides. Nonetheless, it was acknowledged that the uncertainty regarding the on-going relations between the two nations is unsettling.

In addition, the lack of contact and communication between the groups was viewed as important. There is a strong level of distrust between the countries with both potentially suspicious of each other’s intentions. This makes de-escalation potentially difficult as actions of the other may be construed as hostile or actions to facilitate a peaceful resolution may be met with suspicion. This introduced our second aspect of the conversation which was how could tensions between the two countries be reduced? A strong belief was that third party intervention might be the best way to improve relations and reduce tension, but it was noted that this might be difficult, as other nations may not desire to get involved. The closing points of the discussion focused on the difficulty of applying psychological theory to reduce tensions to real-life situations. The discussion closed with a philosophical question: Will there ever be peace, or is destruction and conflict inevitable?